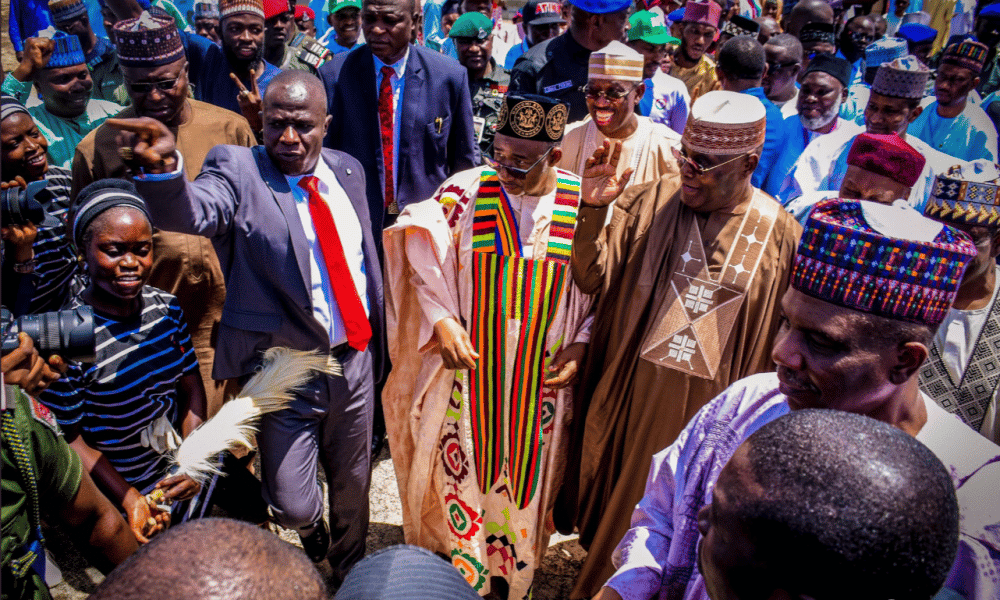 Former Osun State Governor, Olagunsoye Oyinlola has said the people of the state elected Senator Ademola Adeleke as their new governor in the last election due to the misrule of the All Progressives Congress (APC) government.

Oyinlola stated this on Sunday in an interview with reporters at the main bowl of the Osogbo City Stadium, venue of the inauguration of the sixth executive governor of Osun state.

The former governor said the people of the state has experienced different types of administrations and has realised that the PDP had served them better.

He, therefore called on the people of the state to support the incoming governor, Adeleke have a successful tenure of office.

He said, “I will want to first of all thank God for being so merciful to the people of Osun State. I think people of the state has experienced different types of administrations and I know for sure it was because they realised which one served them better, that is why they decided to have the PDP back on the throne.

“It is a thing of joy and I want to say on behalf of the governor that we will not disappoint the aspirations of the people of Osun.

“Like it is said in the Yoruba proverbs, ‘Adeleke ti di ‘Aja Oluode’ te kun o gbodo pa je’ (a chief hunter’s dog that cannot be killed by the tiger).

“We will give him all that is necessary for him to succeed as the governor of Osun State.”